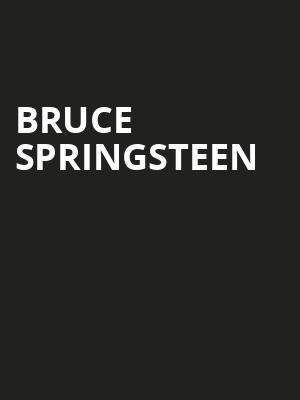 Bruce Springsteen and the E Street Band are back on tour in 2023!

The Boss is finally back! Bruce Springsteen and the E Street Band are heading out on a very long-awaited international tour! The tour is Springsteen's first since 2017, and will take him to over 30 cities across the US. Don't miss this chance to see this icon of American rock live on stage once again!

Also known as The Boss and frequently touring as Bruce Springsteen & The E Street Band, Bruce Springsteen is most widely known for his brand of heartland rock infused with pop hooks, poetic lyrics, and Americana sentiments centered around his life in native New Jersey.

His eloquence in expressing ordinary, everyday problems has earned him numerous awards, including twenty Grammy Awards and an Academy Award, along with a notoriously dedicated and devoted global fan base.

You may be required to wear a mask during this performance. Please contact the venue directly for more information.

Sound good to you? Share this page on social media and let your friends know about Bruce Springsteen at MVP Arena.