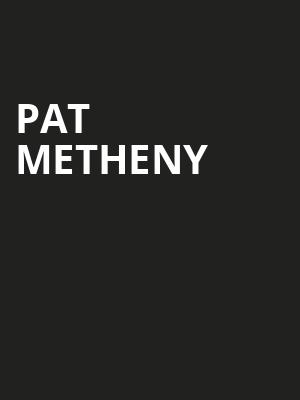 Tireless jazz pioneer back on the road after a year's break

Where to start with Pat Metheny? Jazz guitar pioneer and tireless musical innovator, the Missouri-born Metheny's career stretches back over forty years, during which time his stunning fusion of jazz, pop and world music has won him twenty Grammy Awards, and recently saw him become the youngest member of Downbeat's Hall of Fame (the jazz equivalent of the Rock & Roll Hall of Fame).

Metheny will be joined by a band of hugely accomplished players, including his longtime drummer Antonio Sanchez, bassist Linda Oh and British pianist Simcock, who will help bring some of Metheny's lesser-known and most ambitious cuts to life on stage.

Sound good to you? Share this page on social media and let your friends know about Pat Metheny at Troy Savings Bank Music Hall.