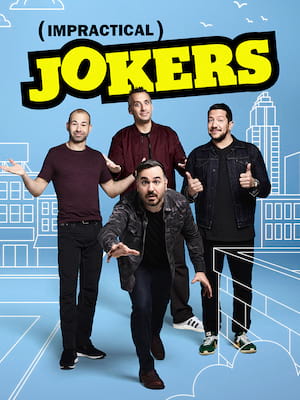 You know them as Murr, Sal, Joey and Q, stars of the hilarious hit TV show IMPRACTICAL JOKERS, now in its second season on TruTV. These lovable childhood buddies have entertained millions of people for over a decade, first through their improv & sketch comedy troupe The Tenderloins, and now through their television show. Here's your chance to see them perform live! Join them for a night of hysterical never-before-seen hidden camera challenges on the big screen, stories from the set that you won't believe, improvisation, live Q&A, and more!

Sound good to you? Share this page on social media and let your friends know about Impractical Jokers at Times Union Center.